Plane rides, plane rides! Tomorrow we fly to New Delhi to meet up with a couple of friends of ours (Barrett and Mary!). We are taking a day trip to Agra to see the Taj Mahal! This is Hope’s third time living in India and she will finally get to see it. This week we picked out her first sari for some maternity photos in front of the Taj…Hope has never owned anything pink, she strongly dislikes it, however there could in fact be a baby girl brewing inside based on her cloth of choice. We will be sure to post pictures of our time in Delhi on next weeks blog. 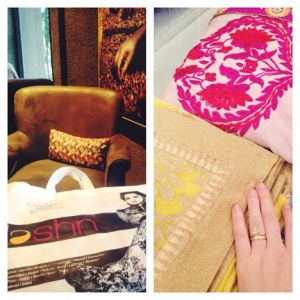 (the yellow/gold was my favorite, but the PINK one was screaming “pick me!”)

Today was an extremely important day for Hope Again International. We held a meeting with a woman who has had much experience in India’s NGO arena specifically working within the trafficking scene, she is brilliant. We are so excited to announce her as a new addition to our staff team here in Pune as our Operational Officer! (For her protection, I will not use her name) There is much progress to be made and Papa is lining up His elite select to further our steps abroad. 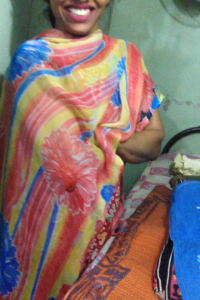 (a mother and her baby we met in the brothel)

As we begin to work with “second generation sex slaves” we have the opportunity to change not only the environment of the individual but the future. This is exciting to us! Children that are born into the brothels are these “second generation sex slaves.” During raids by police force, government tends to overlook them due to the brothel owners response when asked, “who is this young girl?” The brothel owner then points to the sex worker and says, “this is her daughter.” Yes, it is in fact the sex workers daughter but what is untold is that these daughters of the brothels are also being purchased and abused. We must establish relationship with the sex workers first. In the district where we have volunteered the women range from 15-30 years of age. It is their children that must in fact “be rescued.” If we can extricate the mothers then we must but the majority of these mothers are not willing to leave because they will be homeless, resold, and not able to feed their babies. What can we do? Love them, love them where they are, establish relationship and most importantly TRUST. Once they trust then they are willing to sign over custody of their daughters into our care. As any mother they desire safety and a good education for their child, but this is a process. At the end of the night, after they have served all of their clients, they look over at their babies and that is the only love they have. It is the only thing pure in their life. To give their child into the hands of anyone would be a sacrifice. 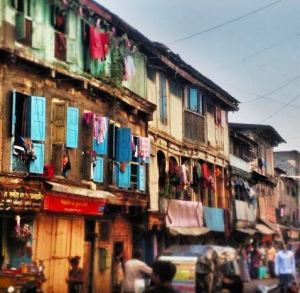 (what is behind all of the color?)

We are establishing a system of relationship building within the Red Light District over the following month and sharing it with all of you through this blog! This is where we have been led to begin and are believing much fruit will come of it. During the remainder of this year, fundraising in India is the intention of our organization. Hope Again International is designed to raise up leadership within the operating country to establish freedom for these “second generation sex slaves.” Our aim is to raise 90% of funding within country and 10% in the United States.

This last week a Hindu festival took place called “Holy Holi.” It was similar to a color run but across the ENTIRE country! Everyone was throwing color powder and paint on each other. Children and adults from our society had a huge party with water shoots, buckets, sprayers, music, food and of course COLOR. Thought you might like a brief description of just one of the festivals that have taken place while we have been living in India. 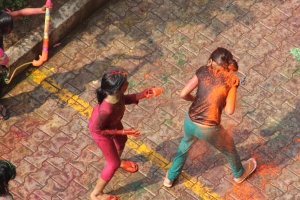 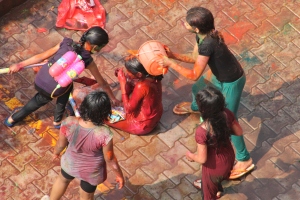 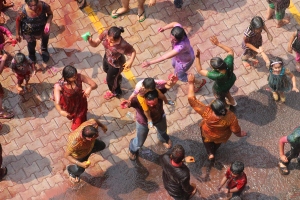 (Holy Holi has various legends associated with it. The foremost is the legend of demon King Hiranyakashyap who demanded everybody in his kingdom to worship him but his pious son, Prahlad became a devotee of Lord Vishnu. Hiranyakashyap wanted his son to be killed. He asked his sister Holika to enter a blazing fire with Prahlad in her lap as Holika had a boon which made her immune to fire. Story goes that Prahlad was saved by lord himself for his extreme devotion and evil minded Holika was burnt to ashes, for her boon worked only when she entered the fire alone. Since that time, people light a bonfire, called Holika on the eve of Holi festival and celebrate the victory of good over evil and also the triumph of devotion to god. Children take special delight in the tradition and this has another legend attached to it. It says that there was once an ogress Dhundhi who used to trouble children in the kingdom of Prithu. She was chased away by children on the day of Holi. Therefore, children are allowed to play pranks at the time of ‘Holika Dahan’.)

How rad would it be if they knew the story in Daniel about Shadrach, Meshach, and Abednego?

Sitting on our balcony, I captured some smiles and color throwing in action. Laughter was everywhere. We are called to be truth. So what does that look like? I believe it starts with love, not with rejection. “Whoever does not love does not know God, because God is love.” (1 John 4:8) 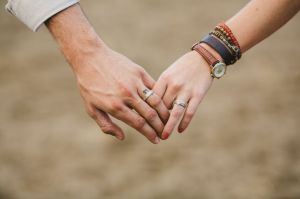